Posted on May 4, 2015 by faytech Touch Devices — Leave a comment

With the return of the spring we at faytech are proud to announce two additions and one update to our line of products and all of them are related to the very core of a Touchscreen PC – the mainboard: 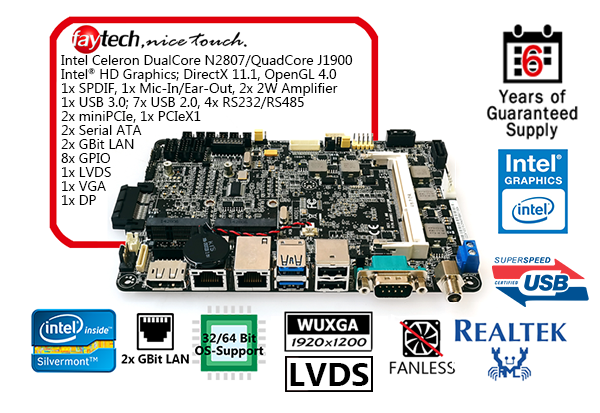 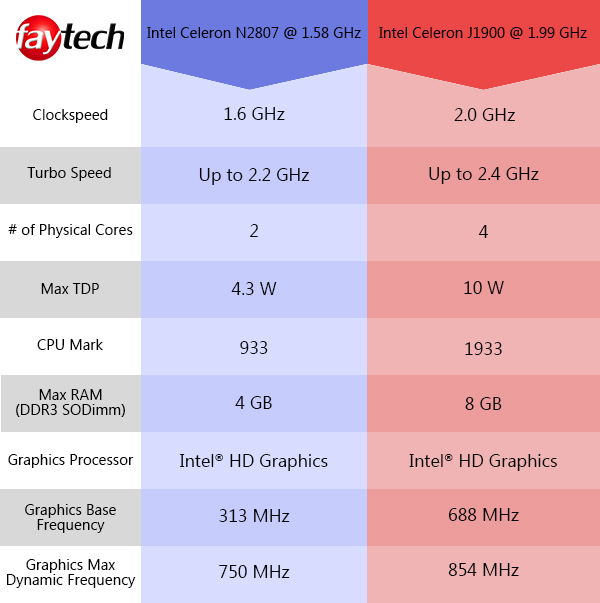 With USB 3.0 support and the support of up to 8GByte RAM the new fay-002 sets standards in versatility once again. Fanless, with such a small footprint, there is no other industrial PC-mainboard in the market offering so many connectors and options at faytech´s worldwide renowned unbeatable price/quality ratio: 2x Mini-PCIe, 1x PCIeX1, SPDIF, Mic-In/Line-Out, 2x2W amplifier, 2x GBit LAN, 7x USB 2.0, 4x RS232/RS485, PS2-Port, 2x S-ATA – in short – there should be no industrial application where this mainboard shall not be suitable for.

Take your time and design your product around faytech´s new fay-002 series-mainboard. It is now available for distribution and projects, will be integrated in more and more faytech products 2015 and most important – the fay-002 series will be available in production until 2021!

fay-003 series Mainboard based on Intel´s i5-5200u CPUFor whom the Celeron J1900 QuadCore CPU is not powerful enough they can speed further up. After extensive testing faytech just released first samples of its Intel i5-5200u Core based mainboard which will go to selected customers on a first-come-first-serve basis. Be fast to be one of the first testers of the strongest fanless PC-systems faytech has ever built. The i5-5200u processor is now available for project customers and will be available for faytech´s standard product portfolio in the second half of 2015. 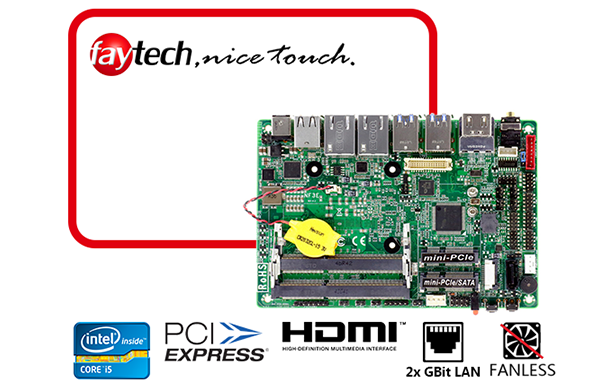 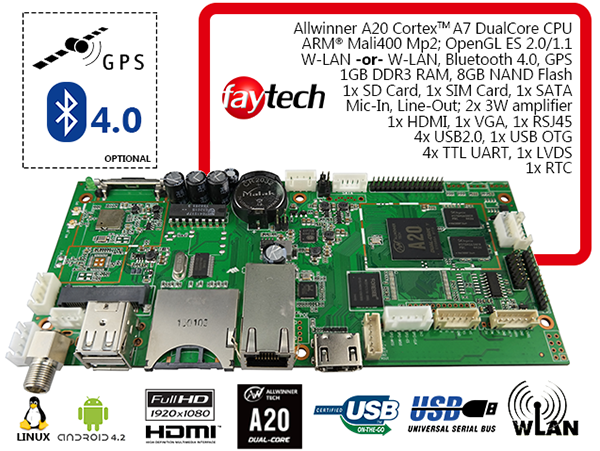 faytech started its first embedded mainboard already by the end of 2013. Based on the experience with several project partners done by 2014, it is time to start with the V2. Available in two standard versions with just W-LAN or with W-LAN, Bluetooth 4.0 and GPS integrated, POE-plugIn and OTG-port added, it is faytech´s most cost effective but still powerful DualCore solution for Linux and Android projects. Even WinCE-BSPs are available for project partners. Now available in faytech´s 9.7”, 10.1”, 15” and 21.5” embedded capacitive TPCs, for your projects, or as single embedded system

faytech Tech. Co., Ltd. Follow our blog to see more of our special projects that we completed together with our customers. For more information, visit our webpage http://www.faytech.com Specializes in the design, development, manufacturing and marketing of Touchscreen Monitors and Touchscreen PCs. With its roots in Germany, faytech sells and supports the products on a worldwide basis. faytech offers German engineered products, manufactured in Asia with local service.